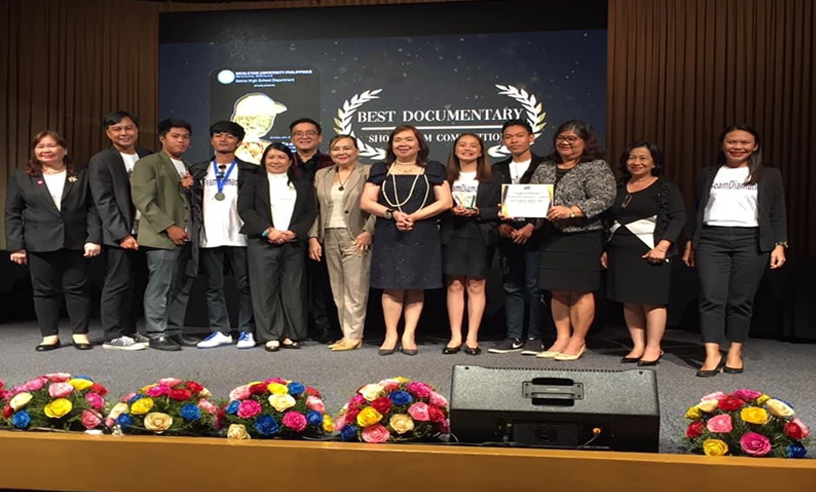 The film entry titled “Dia-Ma-Nen,” an Ilonggot term which means “there again,” is about the way of living of the Dumagat Tribe in Diamanen, Dipaculao, Aurora.  It was entirely shot in three days at the barangay where the five senior high school student film makers saw firsthand how these people experience challenges and obstacles everyday. They also discovered the importance of protecting the environment for the next generation. They were inspired that the tribe members continue to live life positively despite their simple and challenging livingconditions.

The soundtrack for the film was originally composed by Lhander Mauro, a Grade 11 STEM student and also a member of the creative team.

The competition was organized by the Department of Trade and Industry (DTI) as part of its Consumer Month with the theme, “Sustainable Consumption: Understanding the Impact of Consumer’s Choice in a Shared Environment.”Senior high schools nationwide, both public and private, joined the competition from division level, regional level and the national level.

The team and their two advisers received a trophy, medal, and individual certificates.